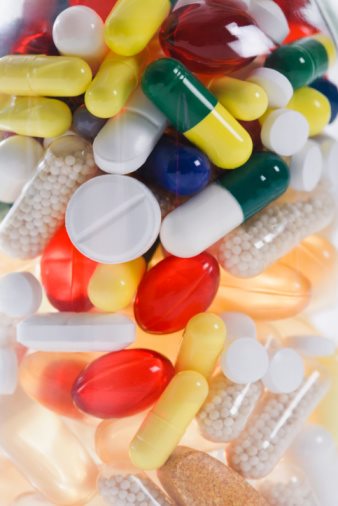 What is Meridia?
Meridia, generically known as Sibutramine, is a pharmaceutical product developed by Knoll Pharmaceuticals and Abbot Laboratories that was prescribed for obesity until its recall from the market in 2010. The drug works by making a person feel full quicker. The drug functions by acting on receptors in the brain and block levels of serotonin, norepinephrine and dopamine in the brain. Original studies concluded that the use of Merida effectively helped people who suffered from extreme obesity lose considerable amounts of weight while at the same time lowering their amounts of cholesterol, specifically LDL’s, and triglycerides.
Side Effects
Side effects most notable attributed to the use of Meridia have been dry mouth, increased appetite, nausea, strange taste in the mouth, upset stomach, constipation, dizziness, trouble sleeping, drowsiness, menstrual pain, headache, flushing or joint and muscle pain.
The side effects that are the more troubling with Meridia are increased blood pressure, cardiac arrhythmias, paresthesia, mood changes, and thoughts of suicide. The most serious side effects noted with the product include: problems, urinations, seizures, melena, hematamesis, jaundice, fever, chest pain, abnormal vision and edema.
Government Regulation
Prior to 2005 many reports began being published indicating a correlation between Meridia sudden death, as well as sudden heart and renal failure. Since then the FDA has begun to more fully investigate the product. Studies have shown that users of Meridia have a higher risk of heart attack, stroke, cardiac arrest, and death than patients using a placebo. The FDA has not made any conclusive statements about the dangerousness associated with Meridia. In 2010, over concerns from the FDA that the slight benefits associated with Meridia were outweighed by the complications concerning its side effects, Abbot Laboratories removed the product from the market.
Lawsuits
In 2002, 8 years prior to the voluntary recall of Meridia, there were 2 lawsuits filed against Abbot Laboratories. These lawsuits claim that Abbot Laboratories knew, or should have known, and failed to warn, of the possible side effects of Meridia use, specifically death caused by heart attacks and strokes.
To this day there has been little success in civil action against Abbot Laboratories in suits over Meridia. In 2004 a federal judge in Ohio dismissed 113 claims against Abbot Laboratories citing a lack of evidence that would be sufficient to go to trial.
What do I do if I have suffered injury and take Meridia?
The FDA is still in the progress of investigating Meridia and the side effects associated with it. As mentioned, lawsuits involving Meridia have been relatively unsuccessful, but this is not necessarily because Abbot Laboratories was not at fault. As the FDA begins to come back with more information it could come about that there is sufficient evidence to show that Abbot Laboratories should have known about the high risks associated with the drug and failed to warn either patients or physicians about these complications.
If you have taken Meridia and have subsequently suffered a heart attack, stroke, or other serious injury associated with the use of Meridia it is important that you seek legal assistance as soon as possible.

Read This To Find Out How To Get On The No...